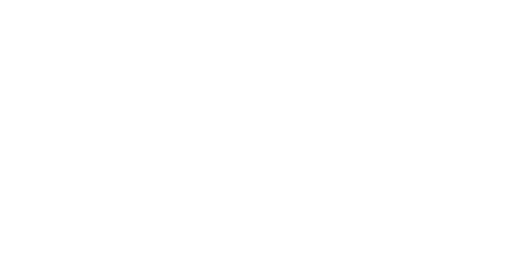 Posted by
Ashley Murphy, GFP (USA/AUS) CFP® AIF®
Ashley is the founder and Executive Director of the Global Financial Planning Institute, and the founder and Principal of Areté Wealth Strategists Australia, a fee-only financial planning and investment management firm for Australian/American expatriates in the United States and Australia. 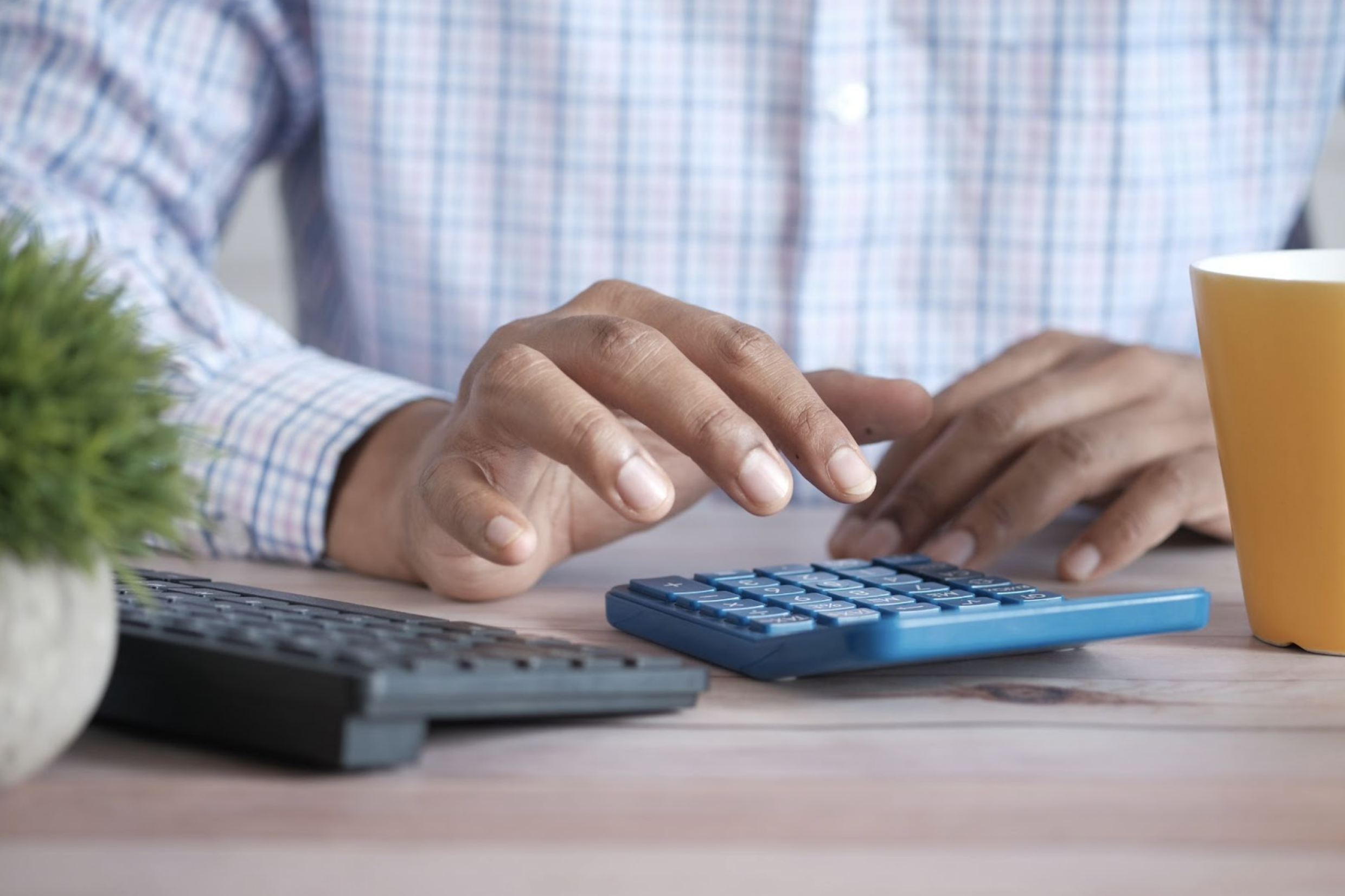 How The US Exit Tax is Calculated for Covered Expatriates

The decision to become a US tax resident or to leave the US tax system is not one that should be taken lightly. Anytime a US citizen or long-term permanent resident chooses to leave the US taxation system, they must be aware of the tax consequences of doing so, especially in light of the US exit tax that was brought into effect in 2008 under the HEART Act.

Current legislation regarding an exit tax was introduced relatively recently, but the idea of a US exit tax has a long history of support going back at least as far as the 19th century. In 1894, Massachusetts Senator George Hoar passionately supported an exit tax, declaring that “[The point of citizenship-based taxation is so that] if an American citizen went abroad and carried the protection of his country, of his citizenship with him, he did not escape its burdens.”

More recently, Facebook co-founder Eduardo Saverin’s decision to revoke his US citizenship before Facebook’s IPO caused a moral outcry from politicians on both sides of the political aisle. Senator Charles Schumer emphatically expressed his opinion that he was “[infuriated] to see someone sell out the country that welcomed him and kept him safe, educated him, and helped him to become a billionaire. [It was] an American success story gone horribly wrong.”

As frustrating as an exit tax can be for expatriating citizens and green card holders, it’s clear that the US exit tax isn’t going anywhere. The best thing expatriates can do is to plan ahead and work with a knowledgeable, fiduciary financial advisor who can help them devise appropriate strategies to mitigate the consequences of the exit tax.

What Is the US Exit Tax?

Under Internal Revenue Code (IRC) sections 877 and 877A, the US exit tax applies to US citizens or green card holders who are deemed covered expatriates (see below) when they renounce their citizenship or permanently leave the US for federal tax purposes.

In 2008, the first US exit tax was introduced under the Heroes Earnings Assistance and Relief Tax (HEART) Act signed into law by President Bush. The US exit tax applies to several different types of assets that may be owned by an expatriate and is calculated differently for each type. These assets include:

On all other types of assets, a mark-to-market tax is applied over an index-adjusted exclusion limit. Exit tax considerations for each of the above asset types are covered in more detail below.

Who Is Considered an Expatriate?

Any US citizen who chooses to renounce US citizenship is easily identifiable as an expatriate, as is any ‘long-term resident’ of the United States who subsequently formally ceases to be a lawful permanent resident. A long-term resident is one who has held their U.S. permanent resident status for any portion of 8 of the past 15 years including the day of expatriation.

It is important to note that the permanent resident need not have been physically present in the United States for that time to count towards their long-term resident status. Because of that “any portion” clause, any partial years of residence are considered as a full year of residence for tax purposes.

For example, if a long-term permanent resident received a green card on December 30, 2013 and formally abandoned the green card on January 1, 2020, they would be considered an expatriate, even though they only technically lived in the US for just over 6 full years.

It is not possible to remove one’s U.S. tax obligations by informally abandoning a green card or simply letting it expire. In fact, doing so can be incredibly costly. If an individual is choosing to relinquish their green card, they must do so formally by submitting an application for abandonment or a letter stating their intent to abandon their resident status to the US Citizenship and Immigration Services (USCIS) or a consular office. Their application or letter must be accompanied by the Alien Registration Receipt Card.

However, the interaction of certain US income tax treaties and where a U.S. green card holder  claims their primary tax residency can bring about two interesting outcomes. Most income tax treaties with the U.S. contain residency “tie-breaker” provisions. This means a permanent resident who properly notifies the IRS that they are a resident of the treaty partner country (and they have not lived in the US for eight years or more for the past 15 years) could ‘stop the clock’ and avoid being classified as a ‘long-term’ permanent resident for their time outside the U.S. They would not be able to waive the benefits of the treaty applicable to their residency in the foreign country.

On the other hand, if an individual has already been a long-term resident for eight of the past 15 years and claims residency under such a treaty, this may trigger an expatriation and subject that individual to exit tax consequences.

Who Is Considered a Covered Expatriate?

There are some exceptions to these rules. If certain conditions apply, individuals who are dual citizens from birth or who expatriate before age 18½ may escape the covered expatriate status if they otherwise meet one or both of the first two criteria.

How the US Exit Tax is Calculated for Covered Expatriates

Once deemed a covered expatriate, individuals will need to understand how the US exit tax is calculated on their various assets so they can plan and strategize accordingly.

There is no gain exclusion limit on these types of accounts, but there is an adjustment “basis” in the IRA so that amount isn’t taxed again upon distribution.

For eligible plans, US expatriates may be subject to a 30% US tax rate on all taxable payments, which is to be deducted and withheld by the payor. In special cases, individuals may be exempt from this tax under certain tax treaties.

For example, US expatriates who are Australian citizens may be exempt from the US tax if they begin taking withdrawals at age 65 or older and those withdrawals qualify as pension payments. However, the individual must waive the right to reduce withholding rates by treaty if they wish to receive “pay as you go” treatment for eligible deferred compensation items.

If one or both of the above requirements are not met, the deferred compensation plan is considered ineligible. In that case, the values of such accounts are deemed as a lump sum distribution of the present value of accrued benefits, as if they were paid out on the date prior to the date of expatriation. Present value computation methods for ineligible deferred compensation plans can be found in Notice 2009-85, §5.D.

Covered expatriates must pay a capital gains tax on all other assets above an inflation-adjusted exclusion limit ($767,000 in 2022, up from $744,000 in 2021) as if they sold those assets on the day prior to the date of expatriation. Additionally, a special transfer tax is applied to any US recipients of a gift or bequest received by a covered expatriate prior to expatriation.

Any gains or losses from deemed asset sales are taken into account for that taxable year. The tax rate that applies to capital gains above the exclusion limit is set at generally applicable US tax rates based on the character and holding period of the asset(s) for that year (for example, if an actual sale of the assets would have resulted in long-term capital gains taxation, so will the deemed sale).

Expatriates may elect to defer the tax until the due date for their US tax return for such deemed dispositions, but only if “adequate security” is provided to the IRS.

Properly calculating the exit tax is an incredibly important part of an expatriating individual’s financial planning opportunities. At the Global Financial Planning Institute, we support fiduciary financial advisors who serve expatriates and their unique planning needs.

You have a unique opportunity to provide financial advice to globally mobile individuals and families who need you, and it’s never too late to build your expertise in this area.

To learn more about the GFP Institute and how we can support your practice, visit www.gfp.institute or simply click here to create your free membership account.

Content in this material is for general information only and is not intended to provide specific advice or recommendations for any individual. 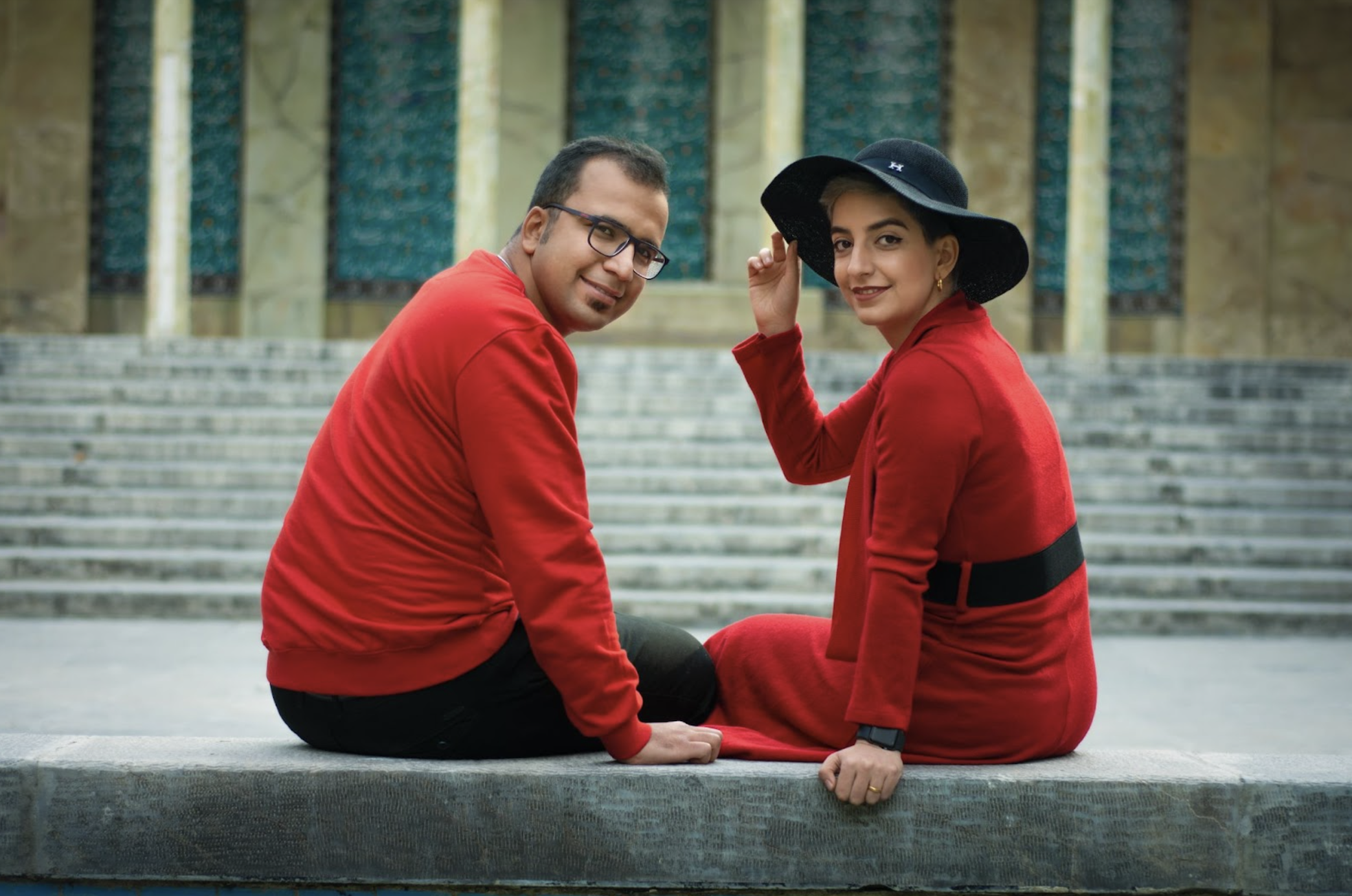 Challenges and Next Steps in Working with International Clients 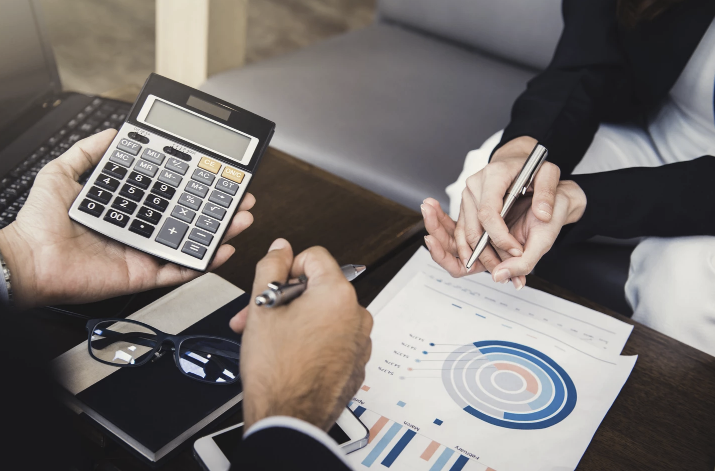 recent posts
Why the U.S. Investment Environment Comes Out on Top 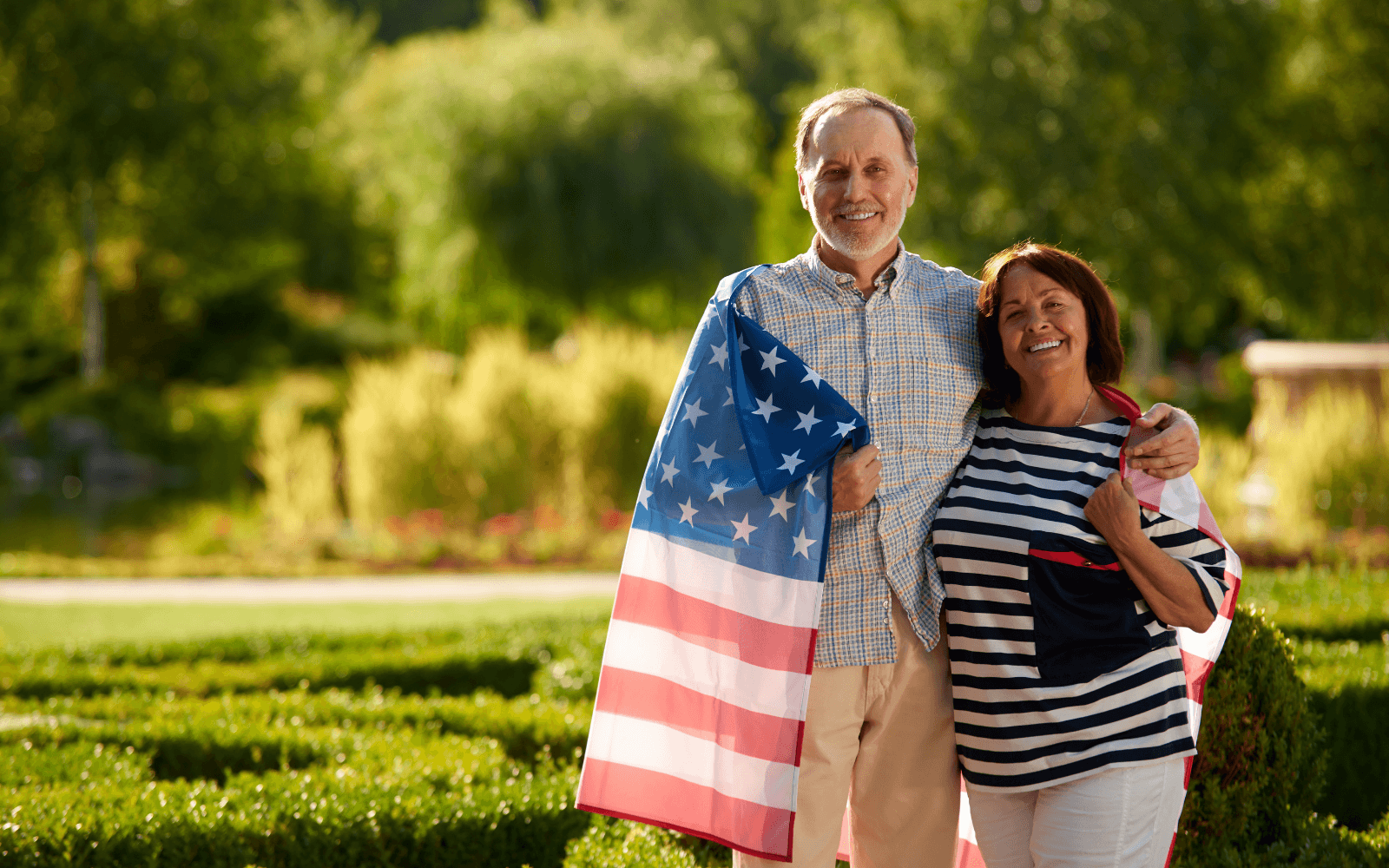 4 Types of Stock Awards and Their Implications for Global Executives 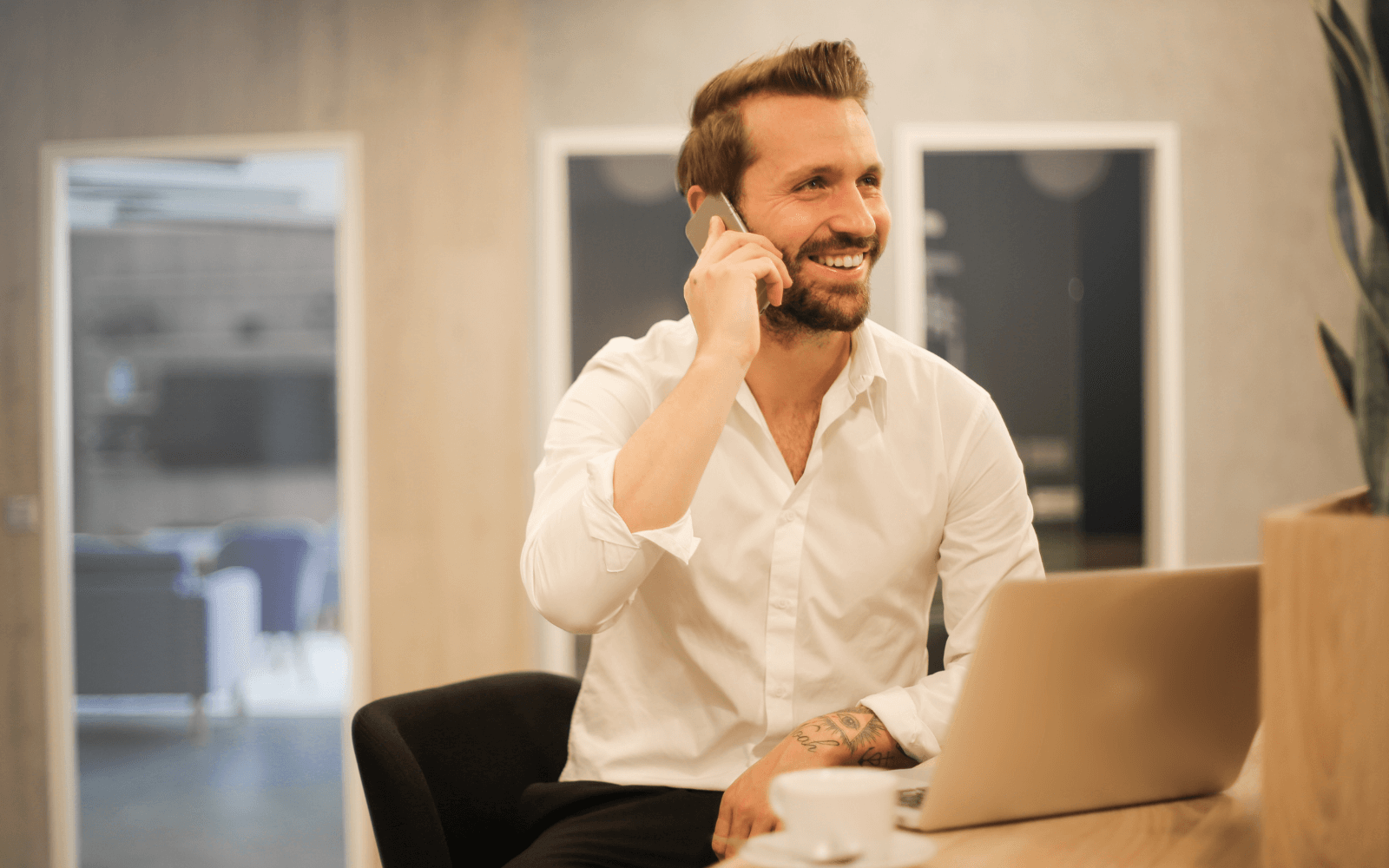 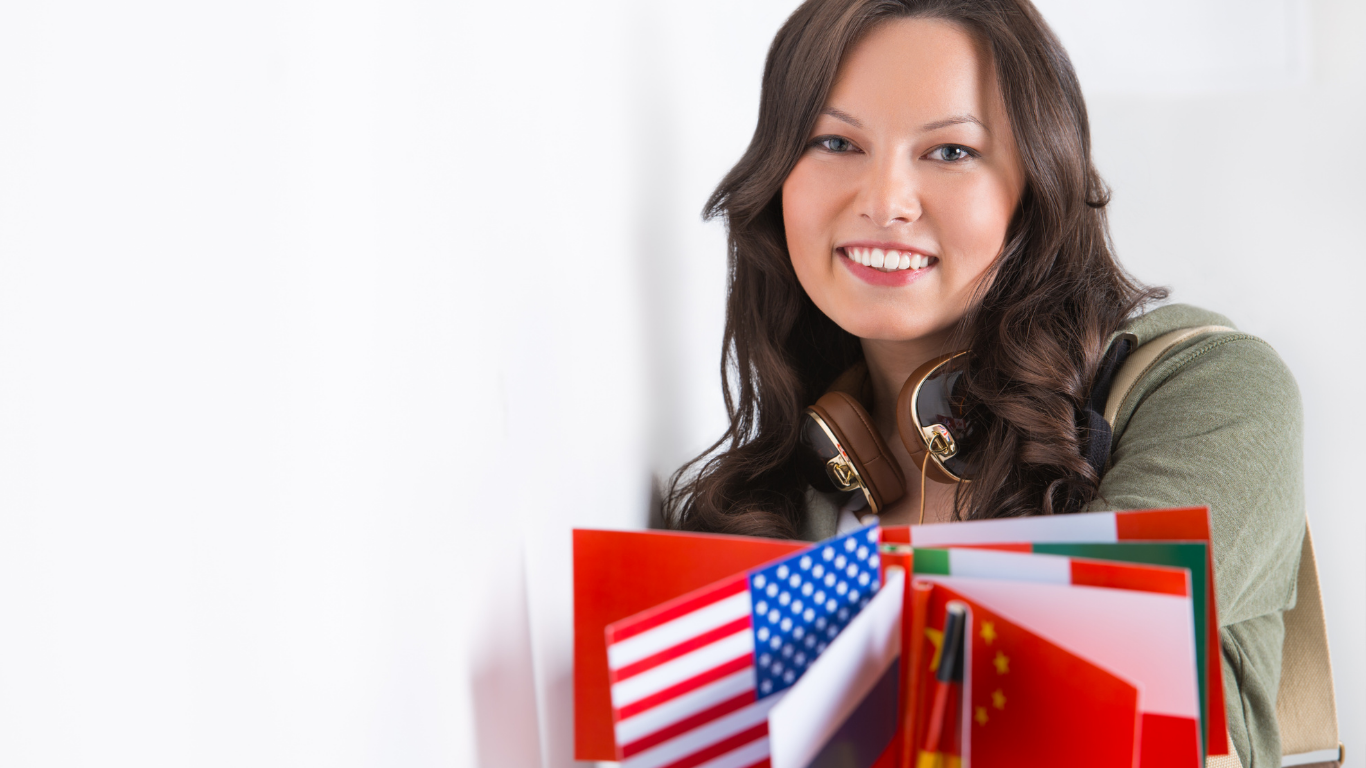 How do i save more? am i on Track? what advice can I really Trust?

Download
Earn Your GFP Designation
Register Your Interest for the Master Class in US Inbound/Outbound International Financial Planning.
Register

March 9, 2022
Why the U.S. Investment Environment Comes Out on Top

February 24, 2022
4 Types of Stock Awards and Their Implications for Global Executives

February 11, 2022
What To Do If You Satisfy More Than One Country's Tax Residency Test

Secure your spot for the Master Class in US Inbound/Outbound International Financial Planning.

I want to enroll